Could the rise of the Food Assembly solve the UK’s self-sufficiency problem? 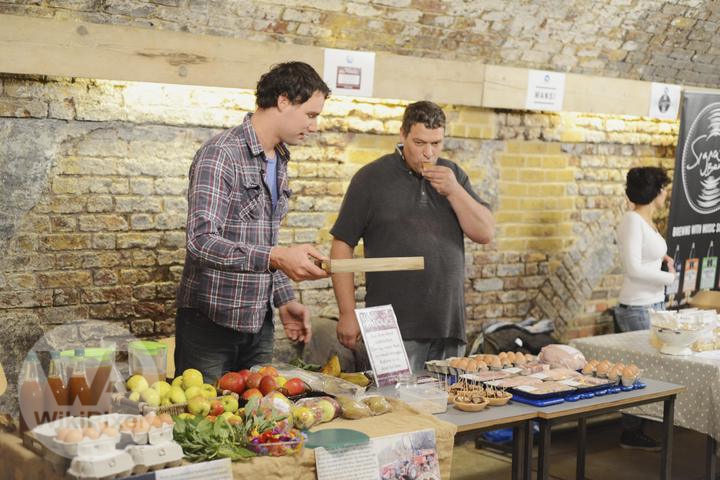 “The UK is only 52% self–sufficient in food”

That was a headline which caught my attention last week and the 52% self-sufficiency figure came from a report published by global food experts at the University of Leeds. They stated that the UK has now reached the point where retailers, producers and customers all need to recognise the wider benefits of supporting domestic food production. The report goes on to talk about “the increasing risks, both in climate change and trade wars, of too much reliance on food produced elsewhere” and “support of local food producers will have wider benefits for the nation and the countryside”.

The independent report was commissioned by Morrisons supermarkets who have now launched a search for more than 200 new suppliers to replace some of the imported food with locally sourced produce. This move by Morrisons came shortly after Marks and Spencer announced they will stock Scotch lamb exclusively all the year round in a move which will replace any New Zealand lamb in their stores in Scotland.

All of this is now fast becoming part of a trend by more and more retailers to stock local food which they say is in more demand than ever amongst their customers. The same report points out that 67% of those shoppers believe they are supporting farmers who care about their crops and animals and will look after the countryside.

So, is this all good news for farmers and supermarkets who, it would appear, have won over the hearts and minds of their customers?

Part of me wants to say “of course – this is fantastic news”, another part of me is nervous as a result of the way some supermarkets have treated farmers in the past and the cynical part of me says “retailers are hedging their bets with Brexit looming”.

After all, if free trade with Europe is going to disappear, then any shopkeeper will turn back again to the UK for food supplies and that’s just simple common sense.

For their part, if supermarkets want to attract and keep local suppliers, then they will have to pay a proper price for food and drop some of the nonsense of buying shelf space and special deals including buy one get one free. These sorts of deals will never show customers the real value of properly produced food, nor will they give a decent price back to the farmer.

The Europeans have set an excellent example of co-operation in farming over the years and anyone who has been into the more rural areas of countries like France, Belgium, Germany and Netherlands will no doubt have come across farmers markets in the village squares and high streets.

However, farmers in France haven’t been slow to take on the computer age in their marketing and developed on-line markets with what have become known as “Food Assemblies”.
In a weekly cycle, these farmers market their produce on-line for 5 days when the customer orders and pays for their food, and on day 6 the farmers and growers cut and package the orders ready to meet at the central collection point on day 7.
The collection points are undercover and for a couple of hours or so, usually on a Thursday or Friday late afternoon, orders are collected by customers and with everything ordered and pre-paid online, there’s no wastage and very little clearing up for anyone to do.
We’ve been following the story as it has unfolded across the UK and now, together with a very enthusiastic local crofter, we are set to launch the Inverness Food Assembly at the beginning of April.
We have planned a launch event using the facilities at The Fairways Golf Club on Friday 7th April, with weekly collections to start the following Thursday and follow on a weekly basis after that. This is another way for people to purchase local food and meet the farmers who produce it. In no way is this intended to replace the Inverness farmers market, but rather complement the fantastic job they already do on the High Street on the first Saturday of every month and indeed we expect some of the same producers to sell at both “markets”.
Keep an eye on your local newspaper for more details as April approaches and in the meantime you can find out more about the Food Assembly here.
Tags:foodfood assemblylocal produceself-sufficiencysupermarkets
We use cookies on our website to give you the most relevant experience by remembering your preferences and repeat visits. By clicking “Accept”, you consent to the use of ALL the cookies. However you may visit Cookie Settings to provide a controlled consent. Privacy Policy
Cookie settings ACCEPT
Privacy & Cookies Policy