We Need Some Direction for Scottish Agriculture – Please? 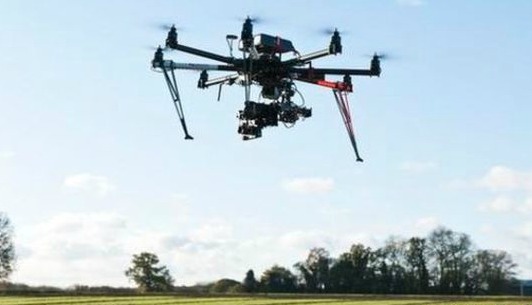 Headlines from the farming press this week included items such as “Farmer bashing continues on TV” … “Labour shortages and a Scottish Visa System? … “Livestock rustling hits £3 Million” and of course all of these are worrying problems for farmers as we start to think about Spring work along with the lambing and calving season.

However a new dimension, touched on above with labour shortages, is the fact that by the time you read this, the UK will have officially broken away from the rest of the EU and after midnight on 31st January the UK will have started on the so-called “Brexit transition phase”.

Over the next 11 months the UK will be able to negotiate new trade deals with the rest of the world (to actually start after the transition phase) and during the same period will continue to trade with the EU on existing terms.

So far so good you might say, and the 11 months will be like a sort of strange divorce/honeymoon period where things will happen, but not just yet and a great deal of negotiation will take place.

However, in January 2021 things do change rapidly and businesses need to make preparations as we go through the remainder of 2020. It only seems like 5 minutes since we were celebrating Hogmanay and if the rest of this year goes as quick, then getting ready for the “Final Brexit” can’t start soon enough!

Farming businesses don’t know a lot of what is in store for them after the turn of the year and to add to the confusion, the Scottish Government has confirmed its intention to bring forward a Scottish Agriculture Bill, rather than accept a “Scottish schedule” as part of the UK Agriculture Bill recently announced by Westminster.

NFU Scotland have welcomed the move and say a Scottish Agriculture Bill passed by Holyrood will act as a launchpad to deliver a new fully funded Scottish Agri-Policy after Brexit which fits the need of our unique farming systems in Scotland.

So far, the Scottish Government have promised to fund the shortfalls in agricultural finances in a way which will be “roughly similar” to the previous EU systems of CAP payments, but as yet we have no detail. The only comfort is that farming will be supported from 2020 onwards … but how far into the future is still a guessing game, although a 5 year guarantee is in place in the rest of the UK.

Of course, agriculture and food are matters devolved to Holyrood, but accusations on the one hand of a future power grab by Westminster, and on the other hand of a stalling in the introduction of a new Scottish Agriculture Bill are not providing any future security for farmers.

What is needed in Scotland right now is agreement on the way forward and for both Holyrood and Westminster politicians to sit down and at least try to trust each other.

One of the first acts of the new Westminster Government was to hand over to Scotland £160 million of disputed money from the EU. There are other methods of righting some of the wrongs which Scottish farming has suffered at the hands of Westminster over the years, and surely it is high time that we got on with the business of securing the way forward for agriculture on both sides of the border. It will be a complex agenda, with items such as trade deals with the EU and the rest of the world, along with issues around immigration and temporary workers, and of course the thorny topic of fisheries all still to be agreed with our former EU partners.

The Westminster Government say their new Agriculture Bill signals the biggest change in a generation for farmers.

Can Holyrood now please find a way to build on the fantastic story of Scottish farming and bring forward a Scottish Agriculture Bill with a vision for the next generation?

What we all need is less confusion and more co-operation by both sides as we work with the certainty that we are now well and truly on the way out of the EU whether we like it or not!