What will you be eating after March 2019? 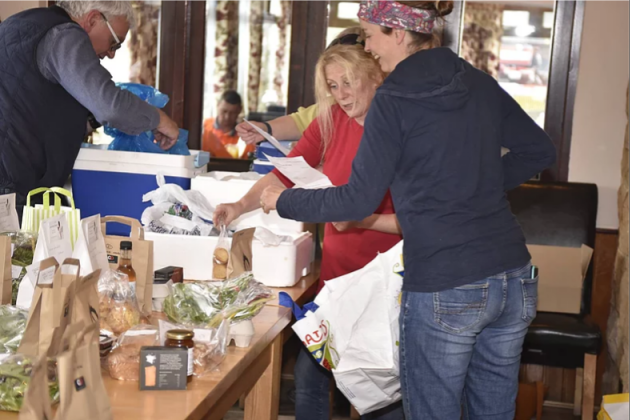 So after a few false starts, we are finally getting into some proper negotiations about life after Europe. As the UK packs its bags ready for the departure lounge, we are still not sure what route the journey will take or even where the final destination might be. From an agricultural point of view we don’t even know if we will have access to the single market and what the T’s & C’s of any such arrangement could look like.

However, my guess is that any sort of deal on future “farming, food and drink” arrangements with Europe will come with clauses which will make us stick to the same quality standards that already apply right now.

That immediately puts us in a difficult situation when we trade with the rest of the world and any imports of Genetically Modified (GM) foods, or Beef raised using growth hormones (Hormone Beef), or Chickens washed in chlorine water (Chlorinated Chicken) will be viewed in a dim light by the EU.

Our present Minister responsible for food and farming, Michael Gove has created controversy in Westminster by saying that he won’t allow most of these types of imports and won’t allow any drop in our present standards of food production. That may seem like a responsible statement, but others in the Westminster government think we should just simply “shop anywhere for food as cheaply as possible” and that is ringing alarm bells all over the UK and especially in Scotland where we are proud of our clean and wholesome image. The EU have also stated they will not deal with us if we allow GM foods, Hormone Beef or Chlorinated Chicken into the UK.

So, the question is … where does that leave us?

We have some encouraging signs from some of the bigger supermarkets who are committing to source as much produce as possible from the UK and some saying they will keep it as local as possible. The differences are becoming quite obvious when you visit the various stores and more power to those who care about where they buy from. Of course, food shoppers can keep it even more local by going to the local farmers markets, or joining a Food Assembly.

Since the launch of The Inverness Food Assembly in May over 640 potential customers have joined and the number of suppliers to the “Click and Collect Farmers Market” continues to grow with 23 signed up and more in the process of getting registered to sell their produce. The weekly collections for customers are at The Fairways Golf Club every Thursday afternoon and organiser (as well as free range pork producer) Michelle Anderson-Carroll tells me that there are now even plans for a delivery service to those who can’t make it on Thursdays! She adds that the range of produce goes from all the basics including breads, meat and vegetables right through to fancy cakes, hand-made chocolates and even the locally produced Gins which are now so popular in the Highlands. There’s even plans for a one day market so that customers can meet suppliers and sample their food and drink offerings on September 23rd.

The success of the weekly Food Assembly in Inverness has kick-started plans for new opening in Dingwall in September.

Local entrepreneur and founder of MOO foods, Emma Whitham has struck a deal with Dingwall Academy and has plans to launch “The Dingwall Food Assembly” there in September. Each Food Assembly organiser runs an entirely separate version of the food market, putting their own stamp on it, but for obvious reasons, all sellers have to comply with local food standards and the usual trading regulations.

A very excited Emma tells me that she is currently signing up both customers and suppliers and even has plans for second collections in Muir of Ord. The pupils at Dingwall Academy will also be involved with marketing, social media, online order management and collection day co-ordination.

Future plans also include encouraging the youngsters to grow and market their own produce and become their own mini-entrepreneurs!

All of this has come about following a survey carried out by Emma, in which 100% of those surveyed in Muir of Ord wanted better and easier access to local and seasonal food and now local MSP Kate Forbes has lent her support to the ideas.

The EU departure gate has highlighted the vast differences in food production methods around the world and it’s made me think about what I want to eat after Brexit … and that doesn’t include the likes of Hormone Beef and Chlorinated Chickens.

If like me you want something locally and properly produced, go to a Food Assembly, a Farmers Market, a Local Butcher, or any shop which sells home produced food … and remember by doing so, you are voting with your feet and supporting our farmers so that they will still be there after March 2019!

Get more details of The Food Assembly here.